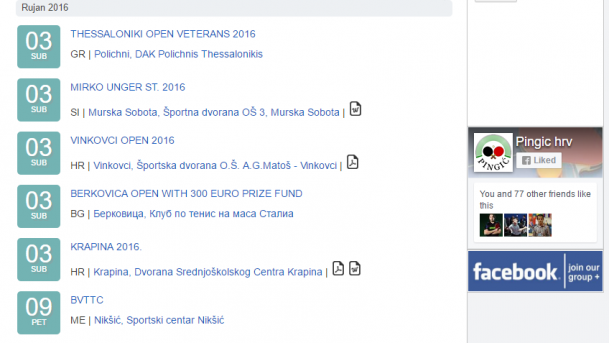 12 tournaments in 8 different countries are announced at the moment

As a result of Pingic internationalization more and more tournaments are being announced in calendar and there are record 12 tournaments in 8 different countries (Croatia, Slovenia, Bosnia and Herzegovina, Serbia, Montenegro, Macedonia, Bulgaria and Greece) being announced.
We expect more tournaments to be announced shortly, so the number will be even greater.
We wish you successful start into new season after the summer break!
1.9.2016
Share
Politika privatnostiPrivacy policy
Forgot password?
Registration