Pingic rating is being started 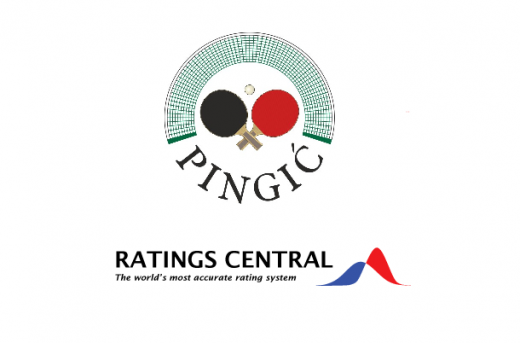 It will be possible to precisely measure player's playing strength soon

In most of the tournaments in Croatia and surrounding countries, events are organized by age categories, e.g., 40-50 years, 50-60 years. Some players find that boring because they always play against the same players, belonging to the same age category. Additionally, because of the wide range of playing strengths within the category, a large number of matches have a predictable outcome, so they are not interesting to players nor to spectators.

An alternative to such categories are categories organized by players' playing strengths, where players' playing strengths within the category are similar, which leads to unpredictable matches and the possibility that almost any player within the category has a chance to win, which in turn motivates more players to participate in tournaments. Tournament can last shorter, as they can be organised with less matches, but more unpredictable and interesting ones.

Such tournaments are organized in USA, Austria, and elsewhere, where rating lists exist, and these lists are used for placing players into categories according to their playing strengths.

One problem on tournaments is also fair seeding as players are coming from different countries and different organisations and there is no single rating system that could be used to compare players' playing strengths and determine the seeds.

Therefore Pingic decided to create one such a rating list, that will not be limited on certain territory or organisation, and which will enable tournament organizers who wish to, to form categories according to playing strength and fairly seed the players.

For more information about rating system, please take a look at FAQ.