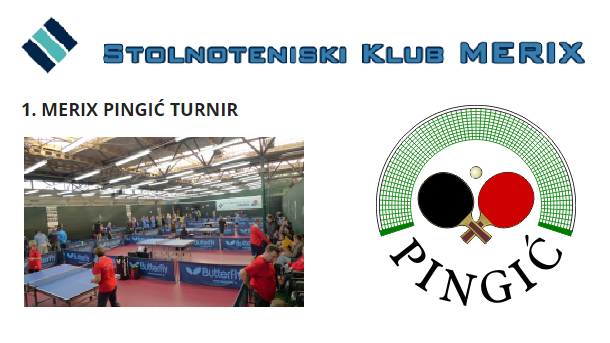 Registrations for the first tournament where matches will be rated for Pingic rating list have started and it is announced in calendar - 1. Merix Pingić turnir.

STK Merix decided to organise a series of 12 tournaments within 12 months period, which will be processed for Pingic rating list, and the first tournament will be held on Sunday, 25th February 2018. Number of players is limited to 32, so we suggest to register as soon as possible.

Apart from sport trophies, several prizes are prepared by sponsors for the first three places.
There's only one space left for potential prize sponsors, whose name will appear on the trophy and diplomas, so we encourage interested sponsors to get in touch for agreement aout the first and the other tournaments in a series.